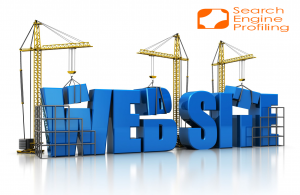 Website design is the process of planning and creating a website. Text, images, digital media and interactive elements are used by web designers to produce the page seen on the web browser. Web designers utilize markup language, most notably HTML for structure and CSS for presentation as well as JavaScript to add interactivity to develop pages that can be read by web browsers.

As a whole, the process of web design can include conceptualization, planning, producing, post-production, research, advertising.

Best practices in development of website design pages is all about writing code that is valid HTML and CSS which make it easier to correct problems, and edit pages. HTML and CSS are the fundamental technologies for building web pages: (X)HTML for structure, accompanied by CSS for style and layout.By separating the presentation style of documents from the content of documents, CSS simplifies web authoring and site maintenance. For example, having a separate CSS file allows for making aesthetic changes to the entire website rather than just to a single web page. If CSS rules are included within a single HTML page, changes would have to be made to each and every page that used the element in question. The reasoning is that HTML should only be used for raw content and CSS be used to manipulate the content for aesthetic style.

XHTML is HTML 4.01 re-formatted as XML, in the way that HTML was previously based upon SGML. The syntactic rules of XML are less flexible than SGML, which means that XML is simpler to process and validate, although it is more demanding of accuracy for hand-editing. The first XHTML standard was a simple reformulation of the HTML standard (i.e. the same tags were used) and did not make changes other than those directly related to the syntax. Later XHTML standards began to revise the sets of tags in use as well, although these standards were never widely adopted.

XHTML is widely used on the web, although this was not well understood by web designers, and was largely driven by fashion than by technical advances. Further development of the XHTML standard has been abandoned, although the new standard, HTML5, is now available and this also supports an XML serialization.

Website designs may undergo small tweaks and changes after they go live, but major updates and re-designs may be undertaken periodically.

Some website design building platforms called Content Management Systems (CMS) allow novice users to update and change their existing content and to a lesser extent the site designs, without having to know complex code (HTML, CSS). User’s can perform “Visual Edits” rather then the usual coded edits which gives the users free range to edit the sites themselves.